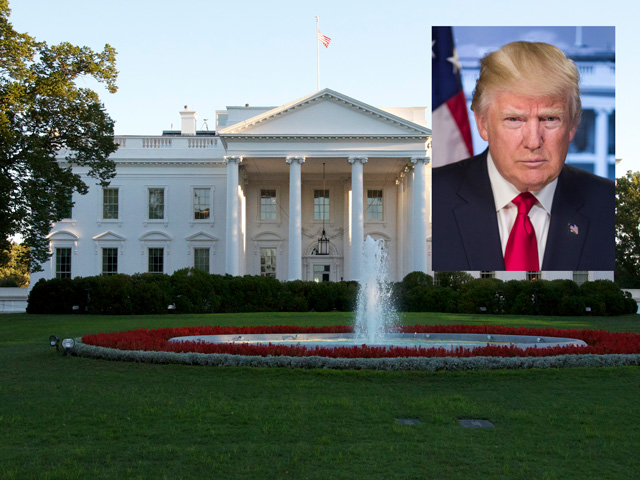 The White House released its proposed federal budget for FY 2020. The plan would spend $4.7 trillion and carry a $1.1 trillion deficit. The budget calls for a $31 billion cut in discretionary spending across federal agencies as Defense and Homeland Security see budget increases, but USDA and other departments see cuts. (DTN file photo)

The budget would also tighten income eligibility for USDA commodity programs as part of an array of proposed cuts to USDA that would top $5.4 billion for 2020.

While the White House Office of Management and Budget makes an aggressive show of proposed cuts, as is always the case, Congress is unlikely to act on most of the administration's budget proposals.

The multiple groups that make up the crop-insurance industry trade associations, ranging from reinsurers to agents, expressed disappointment Monday about the budget proposal, but also noted, "OMB's budget proposal is not expected to receive serious consideration by Congress."

The crop insurance industry groups added, "This is a shortsighted proposal that, if adopted, would undermine a critical safety net for farmers when they need it most during this time of increasing economic difficulties and challenges in rural America."

Agriculture Secretary Sonny Perdue defended the White House plan, which would cut USDA's discretionary budget for Fiscal Year 2020 by $3.6 billion, or roughly 14.8%. For mandatory programs, USDA would be looking at another $1.862 billion in cuts for fiscal year 2020.

"Our economy is booming, and unemployment is the lowest it's been in decades. While the agriculture community still faces challenges, the Trump economy is creating new opportunities for all Americans to thrive," Perdue said in a statement. "President Trump's budget is fiscally conservative and lays out a vision for an accountable federal government that cuts spending."

Contrary to the secretary's comments, the president's overall budget does not cut overall spending, but increases total federal spending for FY 2020 by $217 billion and increases the budget deficit by $9 billion to $1.1 trillion, according to the White House budget proposal released Monday.

The president's budget does propose cutting discretionary spending by federal agencies by $31.7 billion for FY 2020, a 2.4% decline, including the $3.6 billion cut at USDA. The budget proposes discretionary cuts for most departments, except for Defense, Homeland Security, Treasury, Veteran Affairs and NASA.

The White House also reiterated its proposal from last year to spend $200 billion on infrastructure, which would use federal dollars to spur what the White House forecasts would be $1 trillion in other spending from state and local governments as well as private investors. In past years, Congress has failed to increase spending on roads, bridges, airports and other projects largely because of fights about how to pay for such infrastructure investment.

In the battle over a budget with $4.746 trillion in total spending, the initial focus was on President Donald Trump's $8.6 billion proposal to continue funding a southern wall. The White House demands to spend money on the wall over the past four months led to a government shutdown and battle over FY 2019 spending, and President Trump eventually declaring a national emergency on the southern border to spend funds on a wall without congressional approval.

The president's budget stretches trillion-dollar deficits for each year through 2023 and doesn't approach balancing throughout the next decade. The budget extended through 2029 would add $7.259 trillion to the deficit over that time.

Still, Perdue points to the state of the economy, the $22 trillion national debt and highlights the need for belt-tightening with federal spending.

"With our national debt soaring to over $22 trillion, we can no longer kick the can down the road," Perdue said. "The time to act is now and USDA will actively do its part in reducing federal spending. We are stewards of other people's money and must be diligent in spending it more carefully than we would our own when it comes to delivering our programs. At the same time, we will maintain a safety net for farmers, ranchers, foresters, producers, and people who need assistance in feeding their families."

USDA is projected to spend $140 billion in FY 2019, according to the department, which breaks down to $117 billion in mandatory programs, such as nutrition and commodity programs, and $23 billion in discretionary programs appropriated by Congress for specific department programs.

The White House proposals, if implemented, would reduce USDA spending $61.29 billion over the next decade by cutting payments, eliminating programs and increasing or creating fees in other USDA programs.

The USDA budget request repeats several proposals from prior budgets, including initiatives that never got off the ground in the 2018 farm bill.

The White House proposes tightening income eligibility for farm programs such as the Agricultural Risk Coverage or Price Loss Coverage programs, lowering the adjusted gross income eligibility from $900,000 to $500,000. That would reduce payments to those farmers by $1.348 billion over the next decade, or an average of nearly $135 million a year.

In crop insurance, the main proposal would reduce the average premium subsidy for crop insurance from 62% to 48%. The Obama Administration made the same request repeatedly that failed to garner congressional support. If it were to pass, the White House projects it would save taxpayers an average of $2.2 billion annually over the next decade.

USDA also would reduce crop insurance eligibility by capping crop insurance premium subsidies for farmers with more than $500,000 adjusted gross income. That would generate average savings of $64 million a year over the next decade.

In another proposal, the White House proposes capping crop insurance underwriting gains, a plan that would save taxpayers $2.948 billion over the next decade as well.

Roger Johnson, president of the National Farmers Union, said now is not the time to be making cuts to farm programs. Instead, farm programs should be enhanced because of continued low prices partially brought on by trade disputes.

"Passing the 2018 farm bill was an important, bipartisan accomplishment. Rather than turning right around and proposing cuts to farm programs, the president should be working to build on that success by providing needed additional support for family farmers and ranchers," Johnson said. "For three years now, President Trump has been calling for cuts to important programs within USDA. Yet for the third straight year, a majority of American farmers and ranchers are expected to lose money farming. Major relief is needed to weather these tough times in agriculture. It's time the president's policy proposals and rhetoric acknowledge the financial pain in farm country."

For people on food aid, the budget plan reiterates the "America's Harvest Box" proposal to send "100% American grown foods directly to households for people on the Supplemental Nutrition Assistance Program. That idea was criticized last year when the White House proposed it. The budget also continues USDA's plan to reduce SNAP beneficiaries by thinning out people considered able-bodied adults without dependents.

Some of the biggest impacts in the USDA budget also involve user fees. For the Food Safety and Inspection Service, USDA would increase user fee $660 million a year. FSIS currently collects about $240 million in fees, but the White House is proposing fee that would cover domestic inspection, import re-inspection, and most central operation costs for inspections of meat, poultry and egg products.

House Agriculture Committee Chairman Collin Peterson, D-Minn., said the budget request "is a road map for how to make things worse for farmers, ranchers and those who live in rural communities." Peterson detailed some of the proposed cuts, including $26 billion in cuts to crop insurance; $9 billion in cuts to successful, voluntary conservation programs; $5 billion in cuts to Section 32 commodity purchase programs; $8 billion in cuts to programs that help ranchers recover grazing lands hurt by drought; elimination of the Rural Energy for America and Rural Economic Development programs; and billions in other cuts.

"This budget was concocted by a bunch of ideologues who can't see what's clearly going on in the farm economy," Peterson said. "The good news is this budget is going nowhere in Congress, where the bipartisan farm bill passed (the House) with 369 votes."

A full copy of the White House budget proposal can be found at https://www.whitehouse.gov/…

Details of USDA proposals can be found the department's updated FY 2019 budget: https://www.obpa.usda.gov/…

CHECK FOR DISEASES IN YOUR CROPS

ARE PULSES BEING REPLACED BY WHEAT IN MONTANA?